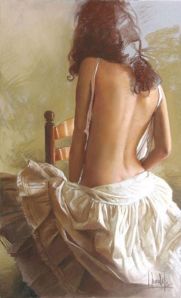 For years, women writers have been encouraging women to step outside the boundary lines of society and be her own person.  This message of empowerment has come in many different ways.  In earlier writings, it was sometimes an encrypted secret message that needed to be uncovered through deep analysis, or it was a message that was stored away from the public eye until much later.  With our push into contemporary writing, these messages of empowerment are becoming bolder and more straight forward.  Something that had not been thoroughly discussed was the female body.  This is uniquely female.  A woman’s body can define her, and now through contemporary women writers such as, Gwendolyn Brooks, Anne Sexton, Sylvia Plath, and Lucille Clifton, the female is celebrated and looked at in a different light.  These women also describe another distinctly feminine feature that, without the female body, would not be possible and that is bearing children.  Becoming a mother can be a woman’s greatest joy and her deepest sorrow.

Two of the biggest criticisms of women are their body’s and their ability to be a mother.  It took a long time before women’s bodies were actually embraced for their beauty and not just the ability to carry children.  Woman were covered from head to toe without even the slightest glimpse of skin showing, and this is still practice in some parts of the world.  When women began to dress “provocatively” during the Roaring Twenties, everyone through a fit.  Today, most woman embrace their bodies, however we, as woman, face much scrutiny to have “the perfect body.”

In the poem “Homage to My Hips,” Lucille Clifton uses her hips as a main theme in a poem that is certainly empowering.

Anne Sexton also wrote about a distinctly female body part in “In Celebration of My Uterus.”  The uterus is obviously part of the female reproduction system and in this poem Sexton uses it to unite all women. In the third stanza she writes, “Many women are singing together of this:/one is in a shoe factory cursing the machine,/one is at the aquarium teaching a seal,/one is dull at the wheel of her Ford….”  (p. 533)She goes on to list more examples of different types of women doing different things.  Each of these women are different on the outside, we all are.  We all have different careers and lives, but inside, we are all the same.  We all have a uterus, we all have the power to proclaim our womanhood.  Sexton also wrote a few darker poems that assess the negative points of being a woman and becoming a mother.  Sexton’s poem “Menstruation at Forty.”  In this poem her description of a menstruation cycle is more like the description of a miscarriage.  The poem seems to have multiple interpretations.  It could be that by getting her period, it is a constant reminder that another chance to have children is gone and she is thinking about children that she is now too old to have or it could be that the menstruation makes her think of a miscarriage.

Sexton is one of the first poets to openly write about abortion, which even today is an incredibly controversial topic.  Abortion is not a pleasant thought whether one is pro-choice or pro-life.  During the process someone is mentally, physically, and emotionally harmed.  Gwendolyn Brooks’ poem “the mother” also focuses on abortion.  “Abortions will not let you forget./You remember the children you got that you did not get,” (p.808) “I have heard in the voices of the win the voices of my/killed children.”  Theses quotes from the poem “the mother” (p. 808) indicate that the narrator is haunted by an abortion or abortions.  Brooks fought hard for black women’s rights which included redefining black motherhood.  “Believe me, I loved you all./ Believe me, I knew you though faintly, and I loved, I loved you/All.” (p/ 808)  These poem sends a powerful message and makes powerful statements that really reach at the reader’s emotions.  It seems as though it is saying that some women may have no choice, but to abort, and it is not because they do not love their “children,” but for reasons outside their control.

Most look at motherhood as a great joy, but there are some dark sides of it too.  Brooks was able to shine some light on the issues of abortion, but what about women who were forced into motherhood and cannot or will not have an abortion.  This can be seen in Kate Chopin’s, “The Awakening.”  The main character states that she loves her children and would give up her life for them, but she would not give up being herself, she would not give up her identity.  This is a similar theme to what Sylvia Plath writes in her poetry.  There is evidence in her poetry that she loved her children even though she may have not been ready to have them.  Putting aside her known mental illnesses, Plath writes about the negative sides of being a woman that no one speaks of, such as the pain of not being able to have children or the constant pressure of having to be perfect.

Through these poems we see that woman have a voice.  Woman no longer have to hide under mountains of clothing or flavorful, poetic words.  We have the power to embrace ourselves for who we are and we can be empowered individually and as a whole. We are women.