It is clear, that some of the most powerful forms of documentation are those of writers who witness a situation first hand. Wars, famine and oppression can be illustrated using words in a way that is so powerful that the reader can often tell what the people were going through and how they felt throughout these historical milestones. Without much of this documentation, the truth of history may have been lost or even skewed incredibly. 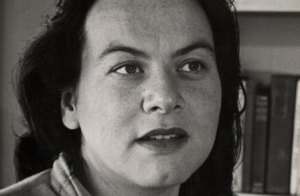 Poet Muriel Rukeyser does exactly this with her poem about famous documentary artist Kathe Kollwitz. With this poem, she shows what it would be like for a person, like Kollwitz, who lived between war and suffering.

“Held between was my lifetime among wars, the big hands of the world of death my lifetime listens to yours. The faces of the sufferers in the street, in daliness, their lives showing through their bodies.” (1208)

Attempting to document what was happening in the world that she was writing in while accrediting the work of female artist Kathe Kollwitz. There is an important function to work like this, because it has a much stronger message to the reader, just as Kollwitz’s work had on her viewers. Documenting this pain and agony not only raises awareness, but also has a larger impact on the viewers by giving the more of a visual.

In this piece by Kollwitz, she uses the same ideas that Rukeyser does in her poem and creates a raw visual of the suffering of the people post WWI Germany. The innocents of the children has been taken away and they have seen so much death and agony. This is shown by making their eyes black and lifeless. An image like this can be quite shocking and definitely has an impact on the people of the world at this time.

This approach has been loved by many writers and artists and has impacted the world and politics immensely. Artists like Dorothea Lange and writers like Adrienne Rich had great contributions to the world with their work, by exposing the hardships of the world that have been so easily covered up or ignored.