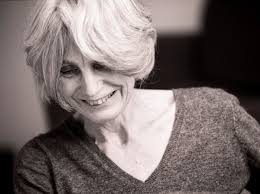 “Hysteria is a woman’s weakness. Hysteron, Greek, the womb. Excessive blood causes an imbalance in the humors. The noxious gases that form inwardly every month rise to the brain and cause behavior quite contrary to the patient’s real feelings. After bleeding you must be purged. Tonight you shall be blistered. You will soon be well enough to be married.” (1249)

In the early 16th and 17th centuries, the term “hysteria” was strongly used to describe the mental condition of a woman whose behavior seemed to be out of the ordinary according to societal rules.  In her play Vinegar Tom, Caryl Churchill expresses the fact that an outspoken and controversial woman is seen as demonic and sinful, rather than independent.  In a moment of weakness, a woman was seen as being in a vulnerable state, one that causes her to easily be influenced by evil and supernatural spirits and was guilty of sin because of this.  They were not given a chance to explain their behavior, but were automatically subjected to a series of torturous “treatments” and in most cases were condemned to death by hanging.

During the 16th century, witch hunts became a popular form of rioting against women who were rumored to have been possessed by the devil.   “Moral panic” broke out and doctors coined the term “hysteria” to explain and describe a woman’s abnormal mental condition, leading to the assumption that she was under the influence of a supernatural body.

Churchill’s writing re-invented the views of the witch trials, bringing in topics from this century and incorporating those in the same manor that the witch trials were treated in the 16th century.  During an interview, the artistic director of the Royal Court, Dominic Cooke, stated, “The exciting thing about Caryl is that she always tends to break new ground. The degree of innovation is extraordinary. Every play almost reinvents the form of theatre.”  According to Cooke, Churchill was not afraid to expand her ideas about feminism, bringing in issues with women from the past and dissolving them into issues with women of the now.

The idea of “hysteria” is mocked in Churchill’s play, creating a sense that no matter what a woman were to do, she had no control over her body and what happened to it.  In earlier centuries, the common thought was that when a woman experienced her menstrual cycle, a toxic gas would be released, traveling to their brain and causing the woman to become panicked, emotional and crazed, or “hysterical”.  Churchill takes this historical fact and puts a feminist twist on it, treating “women’s hysteria” as the cause for all suffering.  A woman’s independence was stripped away from her, and no matter how much she tried to deny the fact that she was no possessed or did not commit a sin, this only fueled the assumptions that they needed to be treated in order to return to their “normal” state.